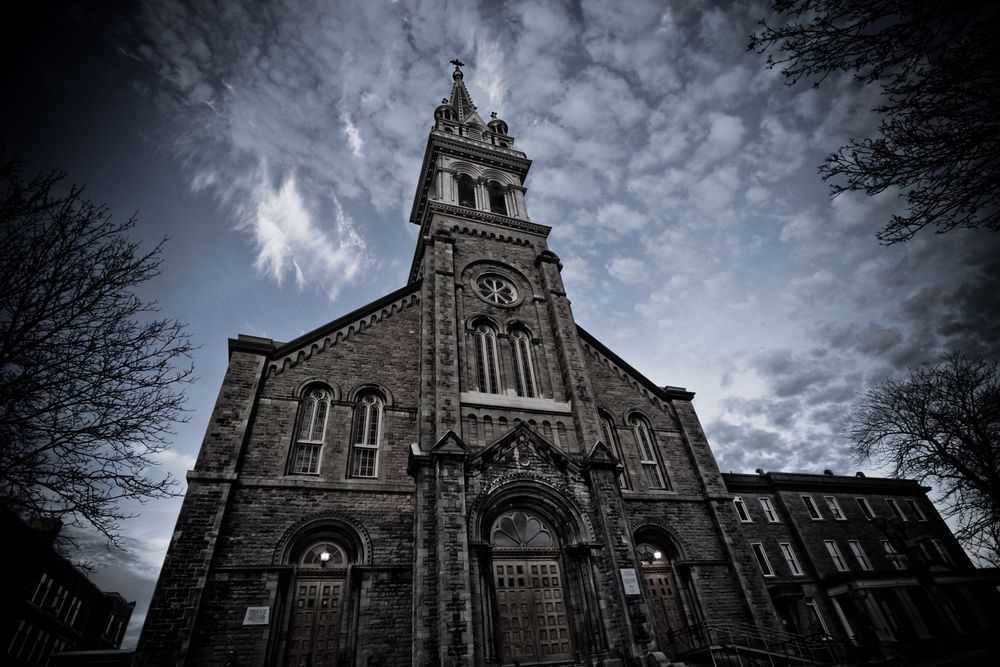 Halloween, the time of year when interest in the paranormal peaks, and people celebrate all things supernatural. London is an old city; it has seen its share of macabre events, from the plague to fires and the horrific murders of Jack the Ripper. We will take you through London's most gruesome events and haunted neighbourhoods. Scroll down if you dare!

The Cemetery opened in 1839, and it occupies 20 acres on the south slope of Highgate village. A sought-after burial ground amongst Victorians, thousands of people had been laid to rest, including many famous and illustrious names. During World War II, the Cemetery saw a severe downturn, and by the 1960's it was thought to be pretty much abandoned. The Highgate Vampire was said to lurk; when visiting, watch out for a 7-foot-tall terrifying shadow with piercing red eyes. He is not alone: a dark, shrouded figure, a murderous old lady, and a floating nun hover over the grounds and will frighten the living daylights out of anyone who sees them.

Highgate Cemetery holds several events along with tours of the West Cemetery throughout the year. You can enter the East Cemetery where Karl Marx is buried any day, and you can roam around freely.

The Bethnal Green Tube Disaster of 1943 was the UK's most significant single loss of civilian life during World War II.

The sirens began at 20:17 GMT on 3 March 1943; this saw 1,500 locals ran to the shelter. Although the raids were anticipated, no one was on duty, and only one door leading below to the station was open. Crowds panicked on their way down the dark steps to the shelter: one person's lost footing blocked the entrance at the base of the steps while those at the top, unaware, continued to force their way down. More than 170 people were crushed to death when the entrance to the east London station became blocked.

On many occasions since, witnesses claim to have heard screams of pain and terror in the vicinity, especially after 8 pm, when the catastrophe occurred.

Given its sinister history, Whitechapel really should be haunted. The old streets and alleyways are so dark and creepy that it would not come as a surprise to spot all manner of spectres lurking in the East End shadows.

Whitechapel is known the world over as the site of the notorious Jack the Ripper murders. In the early morning of 31 August 1888, the body of Mary Ann Nichols ("Polly") was found on the pavement on the south side of Durward St (formerly Buck's Row). She is generally thought to have been the first victim of Jack the Ripper. The luminescent ghost of a woman lying prostrate in the gutter has been sighted on numerous occasions.

Not further away, on 29 Hanbury Street, the sounds of what seemed to be the re-enactment of her murder were heard by one witness, whilst a headless ghost thought to be Annie has also been sighted.

Sutton House is a stunning Tudor mansion built in 1535 by Ralph Sadlier, a courtier of Henry VIII. Since then, it has been the home to Huguenot silk-weavers, schoolmistresses, clergy, and merchants. It's also thought to house several ghosts.

If you happen to pass by late at night, you can hear dogs wailing. These are said to be the dogs of the wool merchant John Machell (who lived in Sutton House from 1550 to 1558). When dogs are brought to the house today, they become rigid and transfixed by something on the stairs.

There is also the ghost of the 'White Lady', Frances, who died giving birth to twins in 1574. People are said to see her apparition hovering around the old building. During renovations in the 1990s, a student is said to have woke to see a lady in a blue dress hovering over him.

Sutton house has been beautifully restored, and if you wish to pay a visit, you can as it is open to the public under the National Trust.

Last but not least, the most haunted place: The Tower of London. It has been a symbol of awe and fear throughout its long history.

During the Wars of the Roses, Henry VI was murdered here in 1471, and, later, the children of his great rival Edward IV – the Princes in the Tower - vanished within its walls in 1483. You can still hear the voices and footsteps of two ghostly children in nightgowns.

Anne Boleyn experienced the pinnacle of her triumph as she lodged at the Tower with Henry VIII in sumptuous splendour before her Coronation in 1533 and her darkest days in May 1536. She is said to stalk the site of her execution on Tower Green. Lady Arbella Stuart, the cousin of Elizabeth I, starved while under arrest as she chose to marry without royal permission; she is said to frequent the Queen's House still. The Yeomen Warders even tell a chilling tale of a giant bear who occasionally appears to frighten visitors to death.

Should you wish to wander in any of these mysterious places late at night, please do so at your own peril.

We are here to guarantee there is nothing spooky with house hunting . Find your next pad, free of ghosts, at our property search page, available here. For more great reads and practical information on renting a property, follow us on Instragram, Facebook, LinkedIn and Twitter.