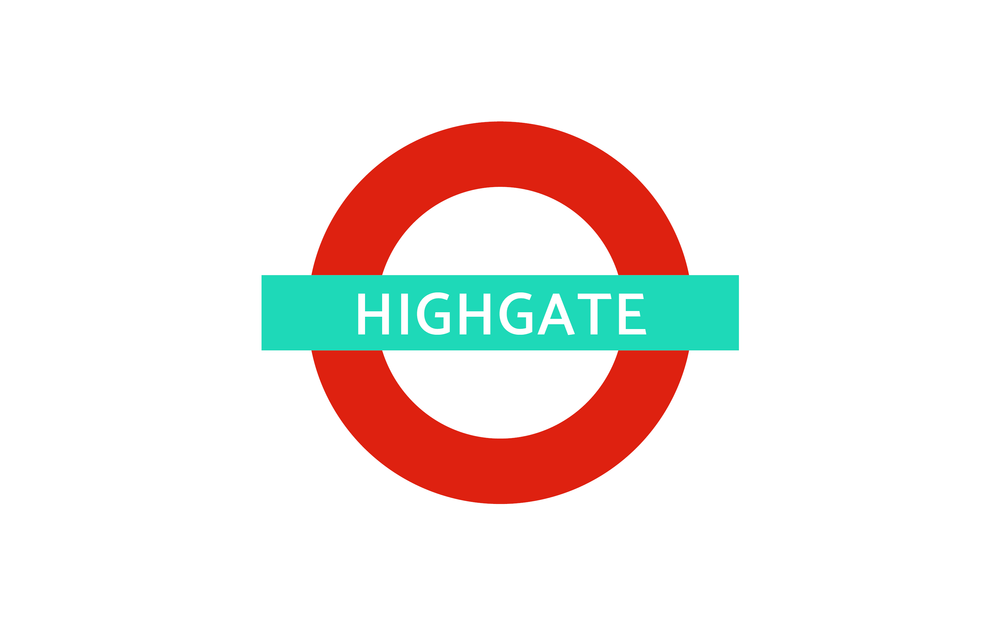 Highgate is a north London suburb, just north of Camden town.  A former hunting estate, Highgate gets its name from a large hedge that surrounded the area in times of old, ensuring that the deer stayed in and anyone passing through paid the toll to do so. There’s no longer an enforced toll, but in keeping with that tradition, Highgate is one of the most affluent suburbs in London. With an abundance of classic architecture, world-class schools, and beautiful green spaces, the area offers a lot for its price.

Favoured by families, Highgate provides the perfect setting for parents who work in the city but want to bring up their children in a cosy, quaint, and quintessentially British village. Its local underground station is on the Northern line which provides an easy commute into the city whilst staying well away from the rat race. When perusing the shops and cafés in the village centre, you might feel like you’re in a film, and you might be right, as its historical architecture has provided a backdrop for a few including Fantastic Beasts: The crimes of Grindelwald, and the film adaptation of Dorian Gray.

The nearest national rail station is Upper Holloway which is a 25 minute walk away and offers overground services east to Barking.

There are many options for primary and secondary education, making Highgate a very desirable location for families. Primary schools include Highgate Primary School which has had much acclaim from parents and received a ‘Good’ in its most recent Ofsted report. There are also several options for private education in the area, including Highgate School, which is an extremely highly acclaimed independent school with a very long history (founded 1565).

To be paid to either the London Borough of Haringey Council, Camden Council, or Islington Council more information can be found at: https://www.haringey.gov.uk/sites/haringeygovuk/files/council_tax_online_guide_2019-20.pdf

Locals are very proud of their village, so much so that they’ve even set up a society to preserve its unique heritage. Life in Highgate may not have changed much for a while, and today's locals go to the same schools, take walks in the same parks, and visit much the same shops as they have done for 100 years or more. With its proximity to Hampstead Heath, as well as other green spaces, it’s a far cry from the London that most of us think of and instead provides a village life in the city.

If you look at a map of Highgate, you’ll see a lot of green patches and may wonder what they represent. All you have to do is get off the train at Highgate station, squint, and you’ll see exactly what they are. There are many gorgeous walking, sitting, picnicking, and basking spots in Highgate, including Highgate wood, a forest so ancient to have even been recorded in the Domesday Book of 1086. It’s also adjoined to the north east of Hampstead Heath, from which you can enjoy views of all of London.

Built in 1582, Lauderdale is one of the most magnificent buildings among many in Highgate. It offers an extensive programme of performances, art events, exhibitions, and community outreach projects. It's another great example of the dedication to community in the suburbs, providing education and entertainment for all age groups.

Wait! Cemeteries aren’t just a great place to contemplate your fleeting mortality, they can also be beautiful walking spots, drenched in history and natural beauty. Take for example, Highgate cemetery, one of the ‘Magnificent Seven’ in London, built in the 19th century to keep up with the demands of London’s increasing population. Its beautiful monuments and rich variety of flora and fauna provide a wonderful setting for a stroll, and, if you are vigilant enough, you might spot some famous historical names such as Karl Marx.

Described as ‘classic with a bohemian edge’ the décor combines the classic English pub with sleek modern touches. It's often referred to as the best pub in Highgate, and with quite a bit of competition, that’s no small accolade. They also do food, with a menu offering their take on British pub classics.

Sitting right on the edge of Highgate wood, and with ample outdoor seating, this café is the perfect local spot for lunch or a coffee in the sun. They offer a variety of seasonal lunch dishes, as well as options for children, it’s a great stop off during a family walk.

A favourite local Italian restaurant, with friendly staff and superb, hearty Italian cooking. It’s a small restaurant with a great atmosphere and has fast become a staple for Highgaters. A must try is the luxurious Pizzocheri, made fresh in the restaurant and seasoned with sage. They will also provide great vegan alternatives upon request.

Is Highgate for you?

Highgate is a great place for families and professionals providing no small measure of luxury. But not all its features have a price tag, and its rich history and green spaces offer much more. In the process of being swallowed up by the city, many of the former villages of London have lost their peaceful quality, but with the vehement pride that the local community has for Highgate, it’s sure to maintain its village charm.