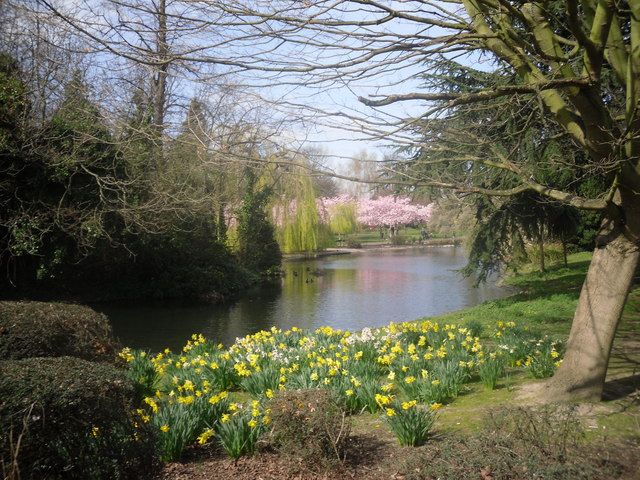 Situated just south of Shepherd’s Bush, and north-west of Hammersmith is the little suburb of Ravenscourt Park. The focal point of the area is a 20-acre, walled area of well-kept gardens, fields, and a lake. This park was once part of the manor gardens of Edward III’s mistress, the lake there acting as part of the moat around the manor. Its residential streets are lined with period housing, and its proximity to the river makes it a quaint place to live.

The local high street on King Street is largely practical, catering to a laid-back lifestyle, though there are a few great leisure spots in the area, especially on the river, and it's so close to Hammersmith that locals have access to all that can offer too. The local station is on the District line, which gives it superb access to the city.

Ravenscourt Park accommodates well for primary and secondary education. A primary school of note is John Betts Primary, a state funded school which was awarded an ‘Outstanding’ in its most recent Ofsted report, praised for their commitment to a traditional, academic method of teaching. There are also options for private education, such as Ravenscourt Park Preparatory School, catering for students aged 4 to 11, and has outstanding facilities including an art studio with a kiln, and a well-equipped laboratory. One option for state funded secondary education is Westside Academy trust, which has a good record of achievement and behavioural management.

To be paid to the London Borough of Hammersmith and Fulham County Council, see here for more information.

Life is fairly easy going in Ravenscourt Park, with most locals travelling into central London to work, the area is maintained as a place for relaxing and spending time with the family. The local pubs, especially those along the river, are ample and pretty, and there are plenty of casual eateries in the area.

This park is well cared for and much loved by locals, with a history of planting that goes back a very, very long time. There are a number of leisure facilities available, including tennis and basketball courts, a bowling green, and an all-weather sports pitch. There are two cafes in the park, including a Fait Maison Tea Room. The walled garden is a particularly noteworthy spot, kept up by the local community. It’s a real asset to the area and makes for a pleasant green space for locals.

Do you sail? Do you want to learn how to sail? Do you like sitting on a bench by the Thames and watching people sail by? The sailing club is a good thing for the locals, whether you sail or not, and adds colour to the Thames. They offer training for a variety of skill levels.

This beautiful, very well conserved, Grade II listed building was once home to a pioneer of the print world and a key member of the arts and crafts movement. Tours can be booked to be shown around the magnificent interior and get a close look at the artefacts within. It’s also situated among many beautiful period buildings and makes for a great stop off during a walk on the Thames.

A cosy and casual restaurant, serving traditional Spanish tapas. The highly decorated interior of Toro Gordo is very homely and makes you feel like you’re somewhere that’s been around a while and means to stay. The name means ‘fat bull’ which seems like a welcome invitation to eat everything, and we deeply implore you do.

This pub is full of character, with a menu of food and drink that is generous and inviting. It’s a typical Victorian corner pub with a lot of class. Their menu is seasonal Mediterranean food, but they also serve a decadent Sunday lunch. Great for a casual drink or a luxurious meal. Look for the dark blue pub, with the bull and devil-creature crest.

Since this patisserie was practically lifted out of the ground and dragged over from Paris to Ravenscourt park, it isn’t superfluous to say that Patisserie Sainte-Anne is a bit of France in London. They offer classic French baking including such favourites as: croissant, éclair, pain au chocolat and – who could forget – the traditional baguette. They also have an eat-in lunch and dinner menu and serve great coffee.

Is Ravenscourt Park for you?

Ravenscourt Park has plenty to offer a family in London, and, though dwarfed by Hammersmith, the park itself and the attention that’s given to it gives the area its own sense of local identity. Its surrounded by many of the great riverside ‘villages’ of London, and shares much of their charm. It’s a great place for families, or commuters who want to be well away from the workplace but don’t want a long journey to work.