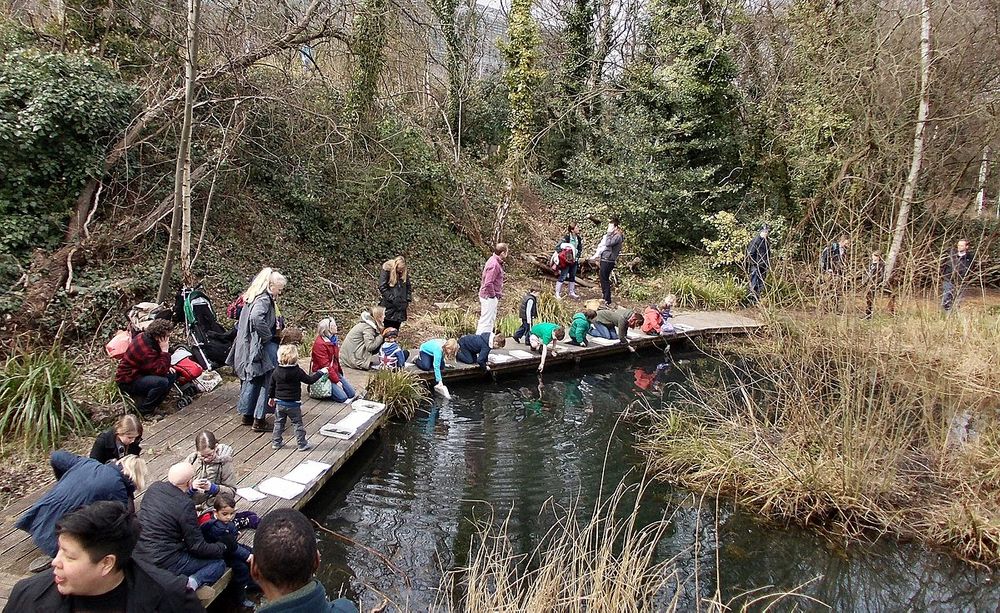 Acton sits at the far west of the city, between Ealing Broadway and Shepherd’s Bush, and covers a large part of the borough of Ealing. With a distinct centre and town hall Acton feels separate to the rest of London, local train and tube stations also provide superb access to the city.

New regeneration projects currently on their way to Acton, which line up with the imminent arrival of the Elizabeth line, are drawing a lot of interest in buyers. The local community spirit is strong and they are determined to keep Acton’s community alive during this time of change, and new movers have plenty to appreciate in the area which locals have built over the years. The area is popular with families, who live and work both in Acton and the city.

There are many choices for Primary and secondary education in Acton, including Ark Byron Primary Academy, a new school for the area which has already shown that it offers good quality teaching and care for its pupils. Another local School of note is The Ellen Wilkinson School for Girls, a state funded high school that has received an ‘Outstanding’ in its most recent Ofsted inspection. It’s been praised for providing excellent teaching, including for students with special educational needs and/or disabilities.

To be paid to either the London borough of Ealing, ort Hammersmith and Fulham County Council.

Or Hammersmith and Fulham council here

With its own substantial high street and large frequency of residential spaces, Acton is a place where many choose to live and work. This means that it isn’t just occupied by commuters, and as such has many attractive characteristics. Locals have access to supermarkets the size and variety of which central Londoners could only dream of, whilst still being a short train ride away from the city.

If you’re moving to Acton with your family and are looking for a way to break said family apart forever, Acton Park has a mini golf course that will definitely do the trick. It’s also a lovely place for a reconciliatory stroll through a lush park complete with ponds and a wildflower meadow. Its facilities include tennis courts, bowling greens, a café and a basketball court, and as such it’s an important asset to the community.

Previously abandoned allotments that had ‘gone wild’ and sprouted into forests, the Gunnersbury Triangle is testament to the phrase ‘nature finds a way’. A board walk through the reserve offers access to walkers taking a saunter through the reserve. It’s a terrific spot to nature watch, with a variety of birds and small mammals inhabiting the various reeds, shrubs and trees in the reserve.

A treasure trove, full to the brim of artefacts from London’s long history of public transport. If you live in the area, or if you don’t, you must keep an ear open for one of its open weekends, where visitors can go look around their collections of trains, busses, taxis, and other historical transport treasures. They also offer guided tours, bookable online, and an impressive working miniature railway based on the London underground train network.

The British tradition of having a pub adjoined to a train station is definitely one of the better ones. Acton’s Station House offers classic pub vibes, with a kitchen open late, serving Italian tapas and artisan pizzas. The outdoor seating is a great place to watch commuters frantically running for their trains, whilst you sit, relax, and take a sip.

The indisputable top choice for Japanese food in the area, serving a wide variety of dishes presented exquisitely. Locals have fallen in love with it since it opened in 2014, and many now frequent the restaurant for lunch and dinner. Though small and unassuming, Hasu Sushi packs a big punch.

A very popular choice for Actonians, with many deeming it the best in town. They serve traditional and modern Indian dishes in a simply decorated, cosy restaurant. It's great value for money, making it a good choice for a casual dining experience. They serve healthy and delicious meals and also cater widely for vegan and gluten free eaters. The okra fries are a must try.

Is Acton for you?

Acton feels like a town in itself, and in a way that is the strength of the area. The neighbourhood has a lot going for it already, including a well-stocked high street, green spaces, pleasant suburbs, and with the Elizabeth line arriving this often overlooked part of London is quickly coming into view.