Greenwich is in the South-East of London, a mere 5 miles away from the centre. Despite its proximity to major tourist attractions, living in Greenwich feels almost like a countryside retreat with its vast, open spaces of stunning natural beauty. It is home to tranquil parks and fields where you can relax and unwind. However, don’t think that means there’s nothing else to do here. Greenwich is rich is bars, cafes, restaurants and attractions to keep yourself busy on the weekend. With its great location to Central London, it is an area popular with working professionals and with the University of Greenwich located a short stroll from the station, you will often find a lot of students living nearby.

Greenwich has a fascinating history that can be dated back to the Bronze age when it was interestingly used a burial site. In the 15th Century, the brother of Henry V’s built the Greenwich palace which was used as the royal residence by the Tudor kings. As Greenwich is located right on the River Thames, it has a rich naval history which has been documented in the National Maritime Museum. Finally, one of the most famous pieces of Greenwich’s history is the Greenwich Mean Time (GMT). The national time standard was set in 1847 at the Royal Observatory and has been used for the UK’s time ever since.

To be paid to The Royal Borough of Greenwich

There are a range of good and outstanding Ofsted rated schools in Greenwich. The best primary schools are, Halstow, Tidemill and Millennium. The best secondary schools include, St Ursyla’s Convent RC, The John Roan School and Addey & Stanhope.

Greenwich is located on a bend in the River Thames and provides its residents with stunning views of Canary Wharf and what appears to be a never-ending stretch of greenery. It is a quieter neighbourhood than others you will find in London which allows residents to have a moment of calm in this bustling city. Aside from all the views, parks and fields to discover, Greenwich offers a whole host of other things to do such as dining out, having a few drinks and exploring museums. Below are our suggestions of the best places in Greenwich to visit.

Open 7 days a week between 10am and 5:30pm, Greenwich Market is packed out with independent shops, cafes and food stalls. Established in the 1800’s, the market offers an interesting array of antique, fashion, jewellery and of course, food. There are 48 food stalls trading at Greenwich Market offering hungry bargain hunters a wide variety of international foods. Start by visiting Addi’s Taste for an authentic taste of Ethiopia then, head over to Chuckling Wings for some succulent, deep-fried burgers and wings. Or, try out Desi Street Food for some homemade Punjabi style snacks and finish at Lilika’s Treats for freshly made macarons, pies and brownies. A true feast for the senses!

Located a 7-minute stroll from the station, Champagne and Fromage is a chic bistro offering a sophisticated and traditional French-inspired menu. Highlights include Baked Garlic and Herb Camembert, a cheese and charcuterie board and a memorable Afternoon Tea including champagne, macarons and a selection of French cheeses. The Fromagerie offers customers a choice of more than 50 French soft and hard cheeses as well as cooked meats, ham and sausages. They even offer a monthly masterclass where you can further your understanding of how to pair cheese and champagne as well as the differences in the produce from each region.

The Hill is a Mediterranean restaurant with a unique Latin American twist. You can expect dishes Iberian Pork Fillets, Caramelised Onion Stuffed Chicken Legs and Pasta filled with Wild Boar Ragu. The interior is decorated with Ecuadorian artwork and there is a patio garden to enjoy an after-dinner drink or to catch up with a friend post-work. There is an impressive selection of wines with hospitable waiters serving them. The internet has many excellent reviews with diners claiming that the food was so good they will be returning within the week.

Greenwich Park is the oldest Royal Park, covering a huge 183 acres in area. It is the perfect place to have a stroll on a sunny day, go for a run, have a picnic or even play some sports. If you go up to the top of the hill, you will be able to see stunning views across Central London and the River Thames; the ideal place to take some snaps for social media. Within the park, you can visit the Royal Observatory, the place where the prime meridian passes through and as a result gave its name to Greenwich Mean Time. It played a major role in the history of astronomy and is open to the public to explore the meridian line, watch an intergalactic show in the planetarium and to educate yourself on life beyond planet Earth.

With 14 different galleries to look around, the National Maritime Museum is an fascinating as well as educational. For the past few centuries, Greenwich has been at the centre of British maritime activity and the collection of artefacts, maps, art and memorabilia from the Navy’s history can now be explored in the museum. It is great for students interested in maritime history and families with young children as there is a sea-inspired play area and an interactive gallery where they can defend against a pirate attack.

Cutty Sark is one of the last surviving tea clipper ships in the world and used to be one of the greatest of her time. Although this was over a century ago, the Cutty Sark still stands proud on the water’s edge in Greenwich. Visitors can climb aboard and discover the different areas of the ship; meet the crew and you can even learn how to steer the 963-tonne vessel. At the end of the tour, you can relax with a quintessentially British afternoon tea in the Cutty Sark Café which consists of finger sandwiches, scones, cakes and of course, a pot of English breakfast tea.

Is it for you?

Greenwich is a wonderful place to live if you enjoy living close to Central London but still want to be surrounded by nature and green spaces. There are many enjoyable things to do close by as well as having good transport links to venture out of the area. It is an ideal place for students of the University of Greenwich as well as those working in Canary Wharf or Bank. If you’re after a unique mix of ‘urban countryside’ living, then Greenwich is the place for you. 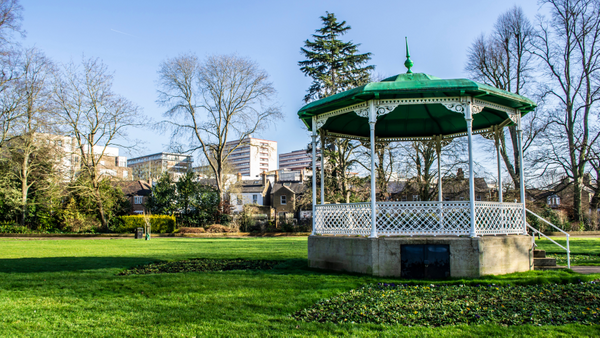