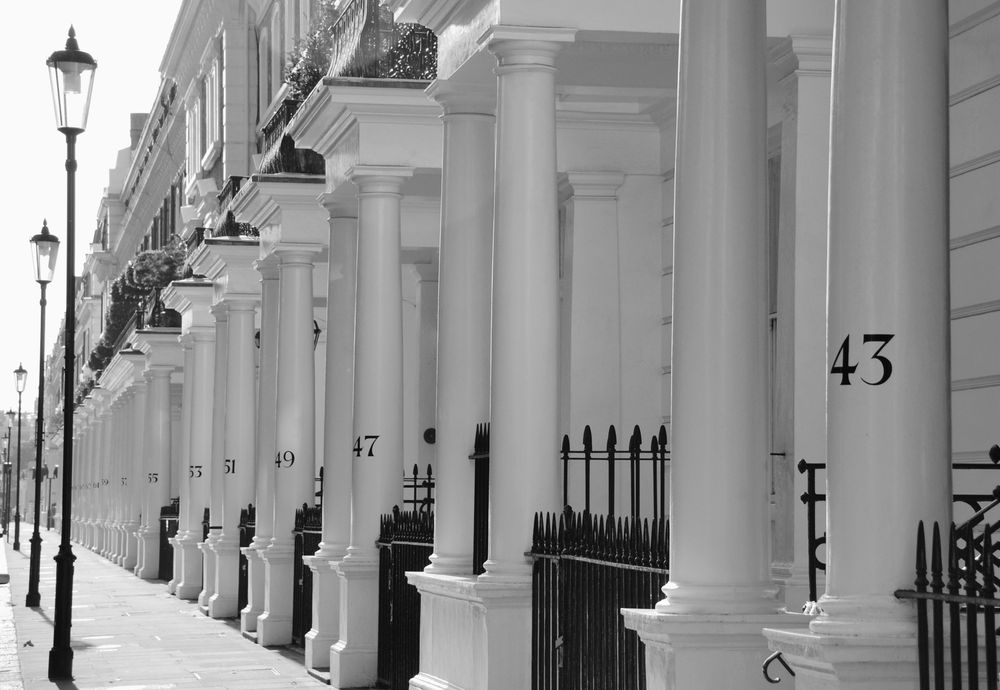 The postcodes making up South Kensington are some of the most sought after in London. This wealthy, West London area is home to beautiful properties and some of the most famous attractions in London. South Kensington is rich in six and seven-storey terrace houses that have been divided into flats, making the area is popular with students who rent flats close to Imperial College. You will often see tourists in the area, mainly on Exhibition Road, where world-renowned museums, such as the Natural History Museum, all stand conveniently placed one after the other.

Since the Great Exhibition of 1851, South Kensington has been an area of scientific development and cultural excellence. During this period, grand mansions began being built across the area allowing wealthy Londoners to be close to the hustle and bustle. Today, it has been estimated that houses close to Kensington Palace Gardens are some of the most expensive properties in Britain. This luxurious, highly developed area is an impressive place to live and with many of the capital's most famous museums and landmarks nearby, you will always find ways to entertain both you and your friends.

There is not a train station at South Kensington however, South Eastern trains go to Charing Cross and Victoria where you can then hop onto the underground tube.

There are two night buses, N74 and N97 to Trafalgar Square

Council Tax to be paid to The Royal Borough of Kensington and Chelsea.

There is a lot of schools in and around South Kensington with all expect one of the state schools receiving an ‘outstanding’ Ofsted rating. The best primary schools are Our Lady of Victories RC, Servite RC and Oratory RC. The best secondary schools are The London Oratory RC and St Thomas More RC Language College. There are also several private schools in the area to choose from such as Glendower, Redcliffe School and Knightsbridge School.

Life in South Kensington is unlike anything on offer elsewhere in London. Offering modern luxuries with traditional aesthetics, the area is well suited to working professionals. The proximity to several open green spaces allows residents to escape the chaos of London without straying too far from all the best restaurants, bars and attraction. Below are recommendations of where to visit if you are new to the area.

Famous for their classic red velvet cupcakes (highly recommended), the Hummingbird Bakery is just a short walk away from the underground station and is home to American-inspired baked goods such as cupcakes, pies and brownies. We recommend trying out the rainbow birthday cake. Six layers of brightly coloured cake topped with rich buttercream. All cakes are made fresh onsite and are served in generous portions, guaranteeing you a truly happy birthday!

For a taste of some authentic, Levantine cuisine, head over to Ceru. Located next to the Victoria and Albert Museum, Ceru offer diners a taste of the Eastern Mediterranean at an affordable price. We recommend the succulent lamb shoulder. It is slow roasted with twelve spices for five hours to create a tender and flavourful dish. Have some citrus honey spiced chicken wings on the side and dip them into a garlic and herb sauce. If you have room for dessert, try out their unusual ice cream flavours, including liquorice and goats cheese!

For a unique 1920’s experience, head over to Barts where you will find a vintage prohibition speakeasy. The interior of Barts has no parallel elsewhere in London. There are old paintings, stag heads, antique lights and an interesting interpretation of the Mona Lisa (if you know, you know). The drinks are exceptional, with talented bartenders making tasty cocktails garnished with herbs from the bar's very own garden. Try out the Mad Hatter, which is a tasty concoction of vodka, spiced berries, apple and Prosecco. Your friends will thank you later.

South Kensington is famous for world-renowned Museums. Head to The Natural History Museum to see the fossils of age-old mammals and dinosaurs; The Science Museum to learn about trains, space and technology; and The Victoria & Albert Museum to see cultural treasures from around the world and beautiful fashion exhibitions. They are all located on Exhibition Road and can be accessed through a tunnel straight from the underground. All the museums are free to enter but tickets are required for some of the special exhibitions. These vary in price, but are always worth it for the quality of the materials on display.

An impressive stretch of greenery, Kensington Gardens is the perfect place to spend a sunny weekend with friends and family. Walk straight past all the museums and you will end up in this vast space of grass, trees, lakes and attractions. Start by visiting the Princess Diana Memorial, then head to Kensington Palace and look around a magnificent building that has been a royal residence since the 17th Century. Conclude your visit with some lunch in one of the four cafes and restaurants in the Gardens.

One of London’s most iconic music venues, The Royal Albert Hall hosts more than 360 events each year ranging from classical music, ballet, jazz, rock, pop, and even the occasional comedy. It was opened in 1871 by Queen Victoria and since then has hosted some of the most famous faces in history, such as Sir Winston Churchill, Albert Einstein, and Muhammad Ali. The Suffragettes even held 25 meetings here between 1908 and 1918. This wonderful piece of history is a must-see for anyone moving into the area.

Is it for you?

With a wide variety of properties available from studios in mansion flats to swish penthouse apartments, you could call one of the most beautiful places in London your home. South Kensington is perfect for working professionals, students and families who enjoy museums, shopping, art and culture. The neighbourhood is conveniently located close to Central London whilst also benefiting from its proximity to vast, green spaces. If you’re looking to see what makes this borough ‘Royal’, go view some properties in South Kensington and you will not be disappointed.